Pictures from our Christmas Concert 2016.

The Christmas Concert was held in CuLTUREN in December 2016, where we mixed classical pieces with more modern ones. With soloists from the choir, Maria af Malmborg as presenter, Kent Jonsson as trumpet soloist and Håkan Olsson Reising as conductor, it was a really successful evening.

Maria af Malmborg is a freelance actor and director, employed at Teateralliansen in Stockholm. Maria has previously been a presenter at Mariakören’s concerts and collaborated with the choir in the staged oratorio “The Great World Egg” in 1998.

During the autumn of 2016, Maria led a theatre group for asylum seekers in Västerås, #Acting for Change. Please visit Maria’s website www.mariaafmalmborg.se for more information. 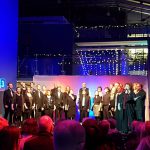 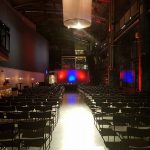 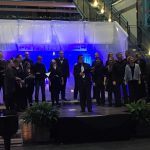